The United States is a rich tapestry made of diverse cultures, people, and perspectives.  This diversity and our embrace is the source of our innovation and the strength of our democracy.

A cry for racial justice some 400 years in the making moves us. The dream of justice for all will be deferred no longer.

A cry for survival comes from the planet itself. A cry that can’t be any more desperate or any more clear.

The fight for racial justice and our planet’s survival are joined.  Climate change, pollution, and lack of access to clean water and a clean environment disproportionately impact communities of color. Racial and economic justice all tie into environmental issues.

At the National Marine Sanctuary Foundation, we connect people to their ocean, coasts, and Great Lakes through our national marine sanctuaries and marine monuments. In 2021, we are committed to putting equity and justice at the center of our work, including at Capitol Hill Ocean Week and through our Blue Beacon Series, which focuses on the value of marine protected areas to preserve our history, conserve species and habitats, and engage people as stewards of our blue planet.

Please join us for these upcoming events in February, June and August. During the middle period of World War II (WWII), in 1941, as a result of political pressure from the black press, civil rights groups, historically black colleges and universities, and others, the ‘Tuskegee Aviation Experience’ was launched as the Army Air Corps program to train the nation’s first African-American military aviators to fly, fight, maintain combat aircraft and help win WWII.  The formation of the Tuskegee Airmen and their stories demonstrate the struggles African Americans endured to serve in the U.S. military.

The Tuskegee Airmen were trained at Tuskegee Institute (University), in Alabama because of its pioneering commitment to aeronautical education and support of African-Americans in aviation endeavors. On March 26, 1943, the 332nd Fighter Group, comprised of the 100th, 301st, and 302nd fighter squadrons, departed Tuskegee Army Airfield (AAF), Alabama for final WWII combat crew training at Selfridge and Oscoda AAF’s; their new homes in Michigan. Five aircrafts piloted by Tuskegee Airmen, were lost due to training accidents in Michigan waters. Two fighter pilots training for deployment at Selfridge Field went down over the waters near Port Huron, Michigan. Flight Officer Nathaniel Rayburg died on Dec. 12, 1943 when he crashed into the St. Clair River near Algonac. Second Lieutenant Frank Moody died on April 11, 1944 when his plane crashed into Lake Huron. These aircraft have been discovered. Three additional aircraft flown by Tuskegee Airmen are still submerged and hidden in Lake Huron.

The National Marine Sanctuary Foundation, Diving With a Purpose, and The Detroit Historical Society will host a discussion on the sacrifice, achievement, and heroism of these men and women. Our panel of experts will discuss the Tuskegee Airmen’s fight for equality, efforts to honor their service, and the importance of ensuring our maritime heritage represents the diversity of the American experience.

The health and sustainability of our ocean and Great Lakes depend on all people and the actions we take now will have sweeping long term impacts. Our success will require the experience, expertise, perspectives and values of the communities most affected by environmental change and quality. CHOW 2021 will examine how exclusionary practices and systemic racism impact conservation, science, and policy; and, how strengthening diversity, equity, inclusion and justice will improve the sustainability of our ocean, coasts, and Great Lakes.  The CHOW 2021 themes will focus on climate disruption and climate justice, environmental quality and justice, and equity and inclusion for a sustainable ocean and Great Lakes. Located almost 2,800 miles apart, the proposed Chumash Heritage and St. George Unangan Heritage National Marine Sanctuaries share a common thread: the Unagan and Chumash communities are bringing the power of traditional ecological knowledge to improve understanding of the changing ocean and its impacts to communities and to strengthen protection of the ocean and their heritage through sanctuary designations.  This event will highlight these achievements and explore how establishing co-designed and co-managed marine protected areas can support conservation for stronger communities, vibrant traditions and culture, and a healthy ocean. 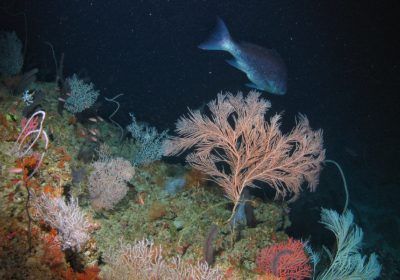