Coral reefs are much more than just beautiful ocean ecosystems — they protect our coasts from storm surge, support a great number of marine life species, and generate billions of tourism and fishing dollars each year. Coral reefs live and grow all throughout the world’s ocean, and there are three distinct types: fringing, barrier, and atoll reefs.

Fringing reefs are the most common type of coral reef. They grow seaward near coastlines of islands and continents, usually separated from the shore by no more than a shallow lagoon. These reefs consist of two parts: the reef flat (closest to shore) and the reef slope (facing the open ocean). Most marine life on fringing reefs live along the slope. The largest fringing reef in the world is the Ningaloo Reef along the western coast of Australia. Spanning more than 160 miles, the Ningaloo Reef support an exceptional diversity of marine species.

Atolls are rings of reefs located in the open ocean. They form when fringing reefs grow around volcanic islands that eventually sink into the ocean. Atolls usually takes a horse-shoe shape and a lagoon is always found in the middle of one. The northern-most coral atoll in the world is Kure Atoll which lies within Papahānaumokuākea Marine National Monument. Kure is an important nesting area for many seabird species, wintering area for a variety of migratory bird species, and an important pupping and resting area for Hawaiian Monk seals. Another famous atoll is the Rose Atoll which remains one of the most pristine atolls in the world. In 2012, Rose Atoll Marine National Monument was incorporated as part of the National Marine Sanctuary of American Samoa during its expansion.

All three types of reefs offer important ecosystem services that benefit ocean ecosystems and human society. This is even more impressive when we consider coral reefs cover less than 1 percent of the earth’s surface and less than 2 percent of the ocean floor, yet they support more than 25 percent of all life in the ocean. From providing food to shelter to safe places for spawning and nurseries, they are very important to the ecosystem. Coral reefs also become much of the sand we love to dig our toes into on tropical beaches. When strong waves or ocean animals break off old or dying sections of a reef, their calcium carbonate skeletons get pulverized or digested into a fine sand that  eventually settle and build up on the world’s beaches. To learn more about coral reefs, visit our Coral Reefs 101 blog. 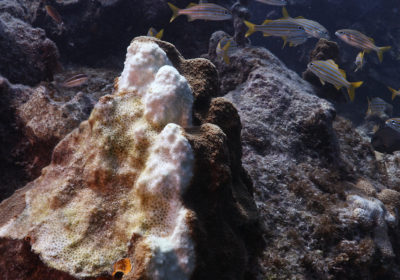 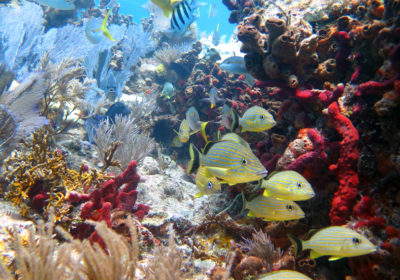 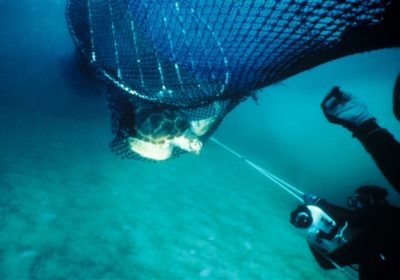