Seals and sea lions are found in many of America’s national marine sanctuaries. At first glance, they may look fairly similar. They are actually different animal families under the order “pinniped,” which means “fin-footed” in Latin. Taking a closer look, there are marked differences between sea lions and seals. Here’s how to tell them apart: You can often hear the differences as well. Sea lions are noisy! You will hear them barking loudly and often. Seals tend to be quieter with soft grunts.

Seals are smaller in size are more tapered, which helps them move fast in the water, but their hind flippers point backward and are unable to rotate. This means they have to scoot around on their bellies to move on land.

You may see sea lions walking around on land by rotating their hind flippers.

Sea lions regularly gather in groups, which are called rafts (when in water) or colonies (when on land). Depending on the species, you can find rafts of sea lions basking in the sun in small groups or large groups numbering in the thousands. By comparison, seals spend more time in the water and are less likely to be found in groups. They come on shore together once a year to mate. A group of seals is called a herd.

Seals and sea lion are protected under the Marine Mammal Protection Act. Some are listed under the Endangered Species Act as well.

There are several types of seals and sea lions. You can explore the different types by searching on the NOAA (National Oceanic and Atmospheric Administration) Fisheries website.

You can learn more about the Hawaiian Monk Seal in the National Marine Sanctuary Foundation’s “Creature Feature.” 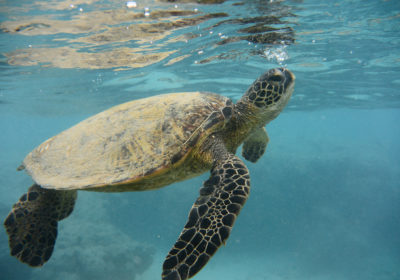 What’s the Difference? Turtles vs. Tortoises 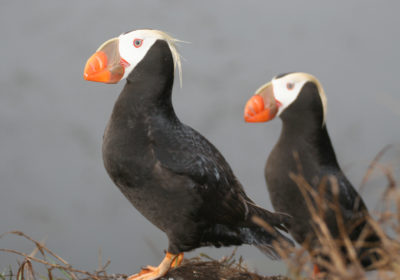