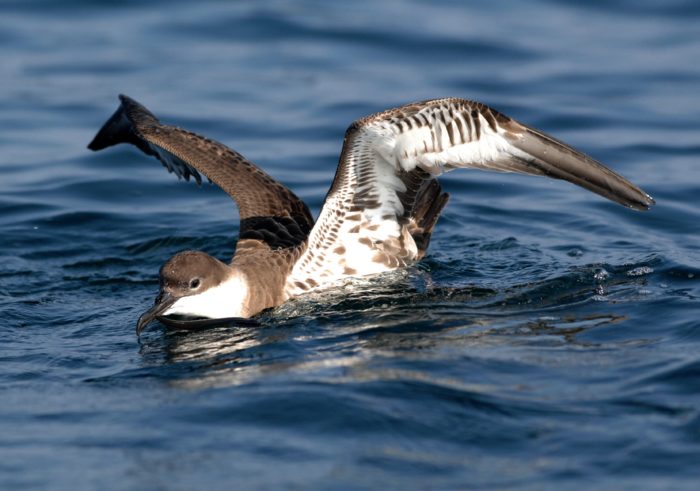 The great shearwater is a large seabird which can be found soaring above the waters of Stellwagen Bank National Marine Sanctuary. They get their name from flying over the water, skimming the tops of the waves with stiff outstretched wings. The great shearwater is dark gray on top and white on the bottom, with a dark “cap” around its head, a white neck band, and dark coloring along the tail.

Flocks of great shearwaters feed on small schooling fish and squid, such as the sand lance. They have been known to feed on scraps from fishing vessels, as well as alongside pods of whales or dolphins. To catch their prey, they dive into the water or pluck items from the surface.

The great shearwater is commonly found off the Atlantic coast, and spends most of its life at sea, seldomly coming close to shore. They are a world traveler – making one of the world’s longest annual migrations. Their migration follows a “figure eight” path, crossing over the North Atlantic towards Europe and Africa, before turning towards South America. In its lifetime, a shearwater may make this migration for over sixty years!

During the winter season in the Northern hemisphere, the great shearwater breeds on the remote Tristan da Cunha Islands in the South Atlantic. The birds congregate in large nesting colonies, on hilly islands with soil suitable for building burrows to nest. The female shearwaters lay one white egg in the shallow burrow. Both parents help incubate the egg, and after the egg hatches, they work together to feed the young chick. The chick’s first flight will occur when they are almost three months old. The young great shearwaters leave the colony in May and fly northward to their feeding grounds, which range from Florida to south of Greenland.

Since they spend most of their lives above water, the great shearwater is an excellent visual indicator of ecosystem health. Their prey species are particularly susceptible to the impacts of climate change, including rising ocean temperatures and ocean acidification. This leads to the birds altering their movements to areas where there is a greater abundance of prey.

Since 2013, researchers at the Stellwagen Bank National Marine Sanctuary have been tagging great shearwaters to track their movements, life cycle, and feeding behavior. After attaching a small satellite transmitter to the back of the bird, scientists can monitor their movements from the signal sent from the tag. These movements can be used as a proxy for oceanographic factors such as water temperature and primary productivity. Understanding where great shearwaters are located is critical for better management of this species and the species it feeds upon. 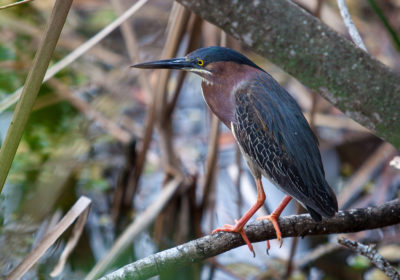