The giant trevally (Carnax ignobilis) is a large, marine fish that is a member of the jack family (Carangidae spp., including ray finned fishes like runners, scads, and jack mackerels) and the largest of all the trevally fishes. Giant trevallies are also known as the lowly trevally, barrier trevally, giant kingfish, and ulula. They are known to be strong, brutish, and tough to catch, which is why they’re coveted by recreational fishers. Giant trevallies are even rare and valuable fish in the virtual world as they are featured in a popular Nintendo game that allows players to become the mayor of their own happy places.

The giant trevally lives up to its namesake, growing to be between five-and-a-half to six feet in length and weigh about 132 pounds in adulthood, though the heaviest recorded fish weighed a whopping 176 pounds! Their bodies are streamlined, they have fins along their dorsal and ventral ridges, and their tails are forked. They have rounded heads and prominent lips that create a distinct profile. They have silvery coloration all over their bodies with occasional spots of darker colors. Mature males are almost always darker than females, some even a shiny black. All giant trevallies have a distinct black spot located at the base of the pectoral fins on their sides, a feature that distinguishes them from other species of trevally. Their forked tails are slender at the base and reinforced by a scute, which is a dense plate made of dense alpha keratin.

Giant trevallies are strong swimmers and fierce predators who hunt most frequently in the early morning hours or late afternoon. They are opportunistic feeders, which means they feed on whatever is easiest. Their diet mostly consists of smaller fishes and crustaceans, but they will eat the occasional eel, bird, or juvenile turtle. They can forage alone or in groups, and are agile hunters, displaying aggressive behavior and biting indiscriminately when they think they have found prey. Giant trevallies are often seen traveling and foraging near sharks, seals, dolphins, and other large ocean predators.

The giant trevally’s range includes warm, coastal waters in the Indo-Pacific, including Africa’s eastern coast, Japan, northern Australia, and the Pacific Islands. As recently as 2015, new populations of giant trevallies have been observed near Central and South America along the coasts of Panama, Colombia, and Ecuador. They are abundant in the Northwestern Hawaiian Islands, where they are protected. In the National Marine Sanctuary System, giant trevallies live in or near the waters of Papahānaumokuākea Marine National Monument and Hawaiian Islands Humpback Whale National Marine Sanctuary.

Giant trevallies are common in shallower waters and near bays and estuaries but can live at depths of between 33 and 328 feet. Adults tend to travel in solitude and stay near reefs or other stable ecosystems while juveniles will school closer to inshore environments like estuaries. Since they are strong swimmers, they are also common along drop-offs near reefs.

The giant trevally reproduces via spawning, a process in which males and females release gametes into the water column for fertilization and do not provide any parental investment to their young. Spawning generally occurs along offshore banks and on shallow, seaward reefs, taking place during the late spring and summer months (May to August) depending on where exactly they live. In Hawai’i, giant trevally spawning usually peaks in June. Fertilized eggs travel with the light currents and settle on fixed substrates like rocks, sea grasses, and coral before hatching a few days to a week later.

Larval trevally drift along the currents for a month or more before they are eaten or reach a size when they can begin independently navigating the ocean. When juveniles reach a size of between 25 and 40 cm in length, they move to patch reefs in or near lagoons, and once they grow to be larger than 40 cm, they leave their sheltered habitats for more open waters. These fish reach sexual maturity when they achieve their full body size, which occurs for females at around 3 or 4 years of age and up to a year later for males. These fish can live to be at least 20 years old with the oldest recorded individual achieving 30 years under human care.

Since the species is large and relatively long-lived, it is more sensitive to fishing pressures. The good news is that populations of giant trevally appear to be healthy and stable overall. In populated areas where recreational fishing is common, populations have been depleted, but not to levels that threaten or endanger the species. In remote areas like the reefs and atolls of Papahānaumokuākea Marine National Monument, these fish are quite abundant. Future threats to the species include habitat loss, physical and chemical pollutions, and changes to the environment like warming or acidifying waters.

Jacks and trevallies are prized game fish due to their size and might, posing a challenge for fishers and affording bragging rights to those who prevail. In Hawai’i, giant trevally is fished both recreationally and traditionally, and it is edible. The two traditional fishing methods used include Kukui (use of a stout wooden pole with thick, three-ply olona cord and baited with moray eel) and Pahoe (use of a canoe and trailing bait among a bundle of mashed wood). In Hawai’i, the species produces about $31 million annually due to recreational fishing activities. 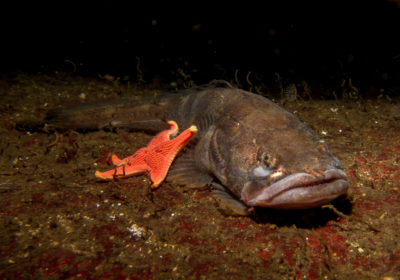 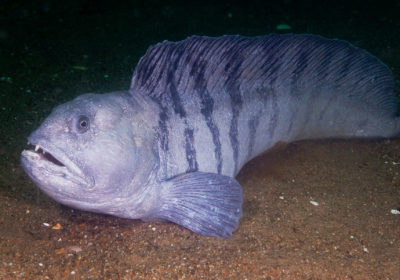