Ocean acidification is a term you may have heard before, but one you might not be familiar with. Scientists and policymakers sometimes refer to it as climate change’s evil twin because the two phenomena are closely related. Whether you’re hearing it for the first time or are looking for a refresh, we’re here to help you understand what ocean acidification is, what it means, and what we can do about it.

What is Ocean Acidification? What causes it? 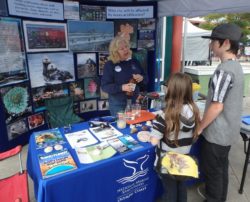 The term “ocean acidification” first appeared in scientific literature in 2003, and it has to do with the declining pH of ocean waters, which makes it more acidic. A pH level of 7 is considered neutral and is the level we see in distilled water. Historically, seawater delivers slightly basic readings at about 8.1, though the average is now closer to 7.9 or 8.0. This drop in acidity might not seem like much, but it is a huge step down on the pH scale because of the way chemists measure concentrations of acids and bases.

Ocean acidification and climate change are different problems, but share the same root cause: emission of large amounts of carbon dioxide (CO2) as a byproduct of human activities like transportation and industry. Since the Industrial Revolution in the late 1800s, concentrations of carbon dioxide in our atmosphere have increased greatly. As part of natural carbon cycles, the ocean absorbs nearly a third of atmospheric carbon dioxide. With more CO2 in our atmosphere, more goes into the ocean, creating higher levels of carbonic acid, more positively charged hydrogen waters that react with other ocean chemicals, and reducing the pH of surface ocean waters.

What are the effects of ocean acidification? Pictured are bleached corals on a reef in the National Marine Sanctuary of American Samoa. Coral bleaching is one “side effect” of ocean acidification, that diminishes the productivity of these once-flourishing ecosystems. Photo credit: Wendy Cover

Waters with lower pH levels have more carbonic acid, which is a compound that neutralizes calcium carbonate and bicarbonate, which is the compound corals, clams, and other invertebrates use to build their hard shells and skeletons. As a result of ocean acidification, slow-growing organisms like oysters and corals have more trouble building and maintaining their shells or skeletons. In some cases, acidic ocean water can even dissolve these important biological structures. With much greater concentrations of CO2 in our atmosphere and our ocean, acidification occurs at a much faster rate than ecosystems and organisms can adapt to.

These invertebrates are keystone species on which entire food webs and coastal communities are built. Loss of these organisms threatens species that are part of local, regional, and international food webs. By the year 2100, experts estimate the cost of ocean acidification to cost the global economy USD$ 1 trillion per year due to its effects on fisheries, aquaculture, the livability of certain areas due to food insecurity, and tourism activities like reef diving and recreational fishing.

What can we do about ocean acidification? Is there hope? Since ocean acidification is so closely related to climate change, anything we do to address climate change today benefits the future ocean as well. These actions include individual decisions we make (like buying local products and choosing alternative forms of transport), community-level decisions we make (such as carbon-neutral energy goals at the local or state level), and at national and international levels through policy decisions and industry actions. There is hope for the future as some species, especially those in brackish or freshwater estuaries, are finding ways to adapt to more acidic waters, and governments are passing legislation to study, prevent, and reverse the causes and effects of ocean acidification. We can always do more, so sharing information with people we know, engaging with policy makers, and using our purchasing power to demonstrate our values to businesses are all ways we can continue to show we care about our ocean now and in the future. What is an ROV? 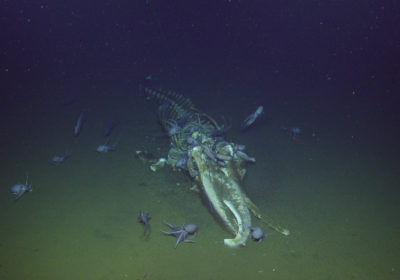